Idea of the Week- Spirit

When someone else has said it better than you could, there's no point in rehashing it.  So for the Idea of the week, I have copied some excerpts from the Hamilton Ultimate website as follows:


The Spirit of the Game (SOTG) is what distinguishes Ultimate frisbee from all other sports. It allows us to play the game competitively and fairly, obviating the need for referees, penalties and poor flow. The concept of SOTG places the responsibility of sportsmanship directly on the player. Competitive play is encouraged but never at the cost of mutual respect, adherence to the rules and enjoyment of the game. Aggressive play, intentional fouling and other ‘win at all cost’ behavior are contrary to SOTG, they must be avoided by all players. If you are playing Ultimate only to win, you just don’t get it.

End of game talks and spirit-games are not a substitute for a game played in poor spirit. SOTG should pervade through the entirety of the game. You can demonstrate spirit through a positive attitude of camaraderie within your team and with the team you are playing with. Know the rules and stick to them, avoid dangerous play and eliminate arguments. Remember to celebrate the other team, without them you would be unable to play the game. By fostering a positive environment you will end the game more satisfied than frustrated and have made a new set of friends.

Email ThisBlogThis!Share to TwitterShare to FacebookShare to Pinterest
Labels: Idea of the week

Several Club members, Alumni, and regulars attended the Australian Ultimate Championships in Brisbane over the weekend, and acquitted themselves well.  Club members Steve Wright and myself played for Tasmnaian team Quoll, Mike Baker for Melbourne team Chilly, and Eliza and Claudia for Southside.  Annie Benham, alumni of the club, also played for Southside, and UTas pickup regulars Steve Joyce and Grady joined us on Quoll.

It was the most competitive tournament in Nationals history, and as such Quoll struggled to make an impact coming in 16th, but winning the spirit award.  Baker's team made the final, but couldn't match the precision of Sydneyside team Colony after halftime.  Southside performed with competence to finish 13th in the women's draw.

More than anything, this has fuelled the fire for the Hobart-Launceston Challange, and Southern Uni Games, held on 3-7th July in Geelong.  I'm excited and happy to be playing, and we look to have a strong team in the making. Bring on SUG!
Posted by Huddy at 1:14 PM No comments:

Starting with a bang and big plans in Hobart, and the initiation of Ultimate in Launceston, 2011 is looking like a massive year.  Not least of all, we have a number of people already committed to playing at Southern uni games in Geelong, 3-7 July.

Email ThisBlogThis!Share to TwitterShare to FacebookShare to Pinterest
Labels: 2011, SUG 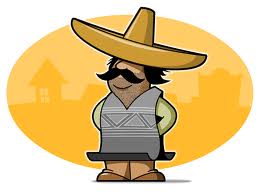 Despite only planning to "play a couple of games" in Spring league, it turned out that I only missed one, making it back in time for UTas's second league final in a row.  UTas started well, getting the turn and scoring through a surprise zone. We dropped the next point to an amazing and surprising layout to score from Andrew Wong, but weren't perturbed, as we felt we were playing more smoothly.  Despite this, we traded points to 3-3, then Gringos got the break to lead 4-3, then 5-3.  We were playing well against the zone, showing good patience and concentration, and consistently throwing accurately.  Pat (Neasey) was notable for a couple of crossfield throws through the cup that none of us expected.

Gringos held the break at 6-4, but UTas came back through some typical individual brilliance from Michael Dunne, then got the turn and score to level at 6-all.  Gringos were able to capitalise on a number of poor choices or poor exectution, scoring a number of soft points and 5 of the next 8 to lead 11-8.  UTas regrouped, and put a heavy focus on defence.  I was marking handlers at the time, so I couldn't see downfield, but as Eliza and I were frequently getting to stall counts of 7, 8, and 9, I can only assume that Jeram, Sophie and Grady were doing an amazing job of marking their players.  We got the turn, hucked long, lost it, got it back and saw a high percentage throw from Michael to solid cut from Grady to score.  We got an early turn in the next point, and with Eliza lifting her game, Michael again threw long for her to score toeing the line in front of Lefty.  Down by one, UTas got another turn, and worked it up patiently but swiftly.  Michael sent a give and go to me, and got it back as a low hammer into the front corner of the endzone, tying the score at 11-all with just a few minutes on the clock.

UTas sent the pull down, but despite pressure across the ground and best-option match-ups, were unable to prevent Felix's breakforce throw to Tim for a score, with the hooter sounding as we trudged back. Gringos won 12-11.  Well done to everyone from Gringos, it was a good team effort and spread, but particularly to Emma Pharo and Felix.  Felix played his usual exceptional game, and added a number of long throws that seemed to hit their target all too frequently.  Emma had a rock-solid game, quietly getting Ds, and holding onto pressured, D-ed catches throughout.  Gringos ability to stay focused and capitalise on our mistakes was the real difference in the game.

Another lost final can only spur the club on to better things next year.

Last week's nailbiting loss to Whatever We're Called ensured UTas would meet that team for a second consecutive week in the 2nd vs. 3rd semi-final. We came dangerously close to being unable to field a full team, not being allowed pick-ups in the finals, but Sophie Edgar arrived as player #7 just as the game got underway. Without Huddy's usual leadership, Pat Dunne did an admirable job getting our plays organised and played as a handler most of the game. UTas scored the first quick point then went 2-0 up after a long battle which left the seven of us puffed out, but, without any subs, we kept up the intensity, leading 5-3 as the two teams traded points.
Following a confusion between Jeram, Sophie and Pat Neasey, UTas started communicating better and found it easier to keep possession as we moved up the field. Whatever We're Called threatened often but made a few more mistakes under pressure that enabled UTas to capitalise, stretching the margin little by little. Sophie repeatedly got herself into space, scoring from long throws by Mike Dunne and dropping a couple of unlucky ones as well. When unable to throw to cuts, UTas players were much better at using the dump or swing, rather than risking turnovers. Pat Neasey was more confident in throwing and most of his throws found their target, including one very dodgy huck that was saved by Mike.
With UTas leading 13-7 at the five-minute call, the seven brave warriors looked to have done the job. Whatever We're Called scored the last point once again, but this time it wasn't the victory clinching point and the tired UTas players celebrated a hard-fought victory.
With the news that Bread had an upset 2-point loss to Gringo in the other semi-final, we look forward to a UTas vs. Gringo spring league grand final next Monday!
Posted by Patrick at 11:55 AM 1 comment:

Special mentions to Alice and Jack, who made a seamless transition to intermediate after a bare handful of beginner games. Nice work!
Posted by Huddy at 12:44 AM No comments:

On Friday 19th, Huddy and Eliza, (accompanied by Hannah Bartle) attended the Sports Council Awards afternoon.  Huddy was awarded a Half-Blue for captaining Bad Apples at the Australian University Championships, while Eliza was awarded a Half-Blue for being the Most Valuable (female) Player at the Southern University Games in Bendigo, as well as being presented with her Sports Council half-scholarship for excellence in sport.

The SUG team was mentioned for winning their Bronze medal.

UTUC has had a great year, and this has been recognised by the TUU and Sports Council.  We're all looking forward to next year being bigger and brighter.
Posted by Huddy at 10:43 AM No comments: